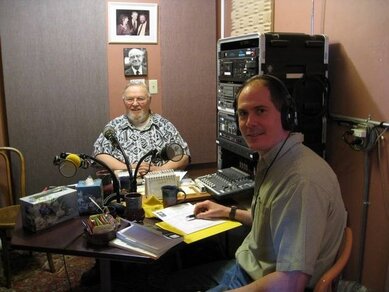 With Michael Toms on New Dimensions in 2010
Steve has been interviewed and featured on many different media outlets, television, and radio progams, including New Dimensions (NPR), Coast to Coast AM, the World Spirituality show (on fm.unity radio), the Joey Reynolds show (WOR New York), and over a dozen others.

He had also appeared on several well-known Asheville area radio shows and podcasts, including Anecdotal Evidence with Daniel Johnson, MD, and A Mindful Emergence, produced by Eddie LaShure and Margaret Kirschner. Links to these episodes are found below.

Steve is available for interviews, talks, or other media appearances for your show or organization. To contact him, please use the contact form here.
Anecdotal Evidence show - A Cosmic Conversation.
​
A Mindful Emergence - The Healing Power of a Participatory Cosmology (scroll down to Interview #19) 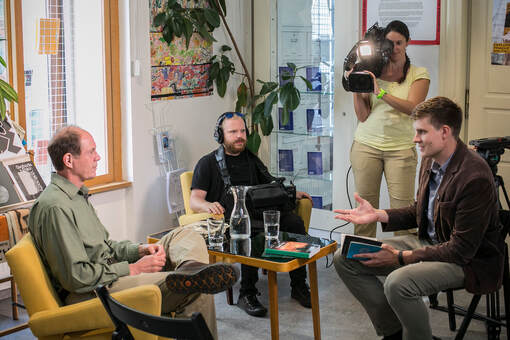 Steve being interviewed for Czech national television in 2019
Powered by